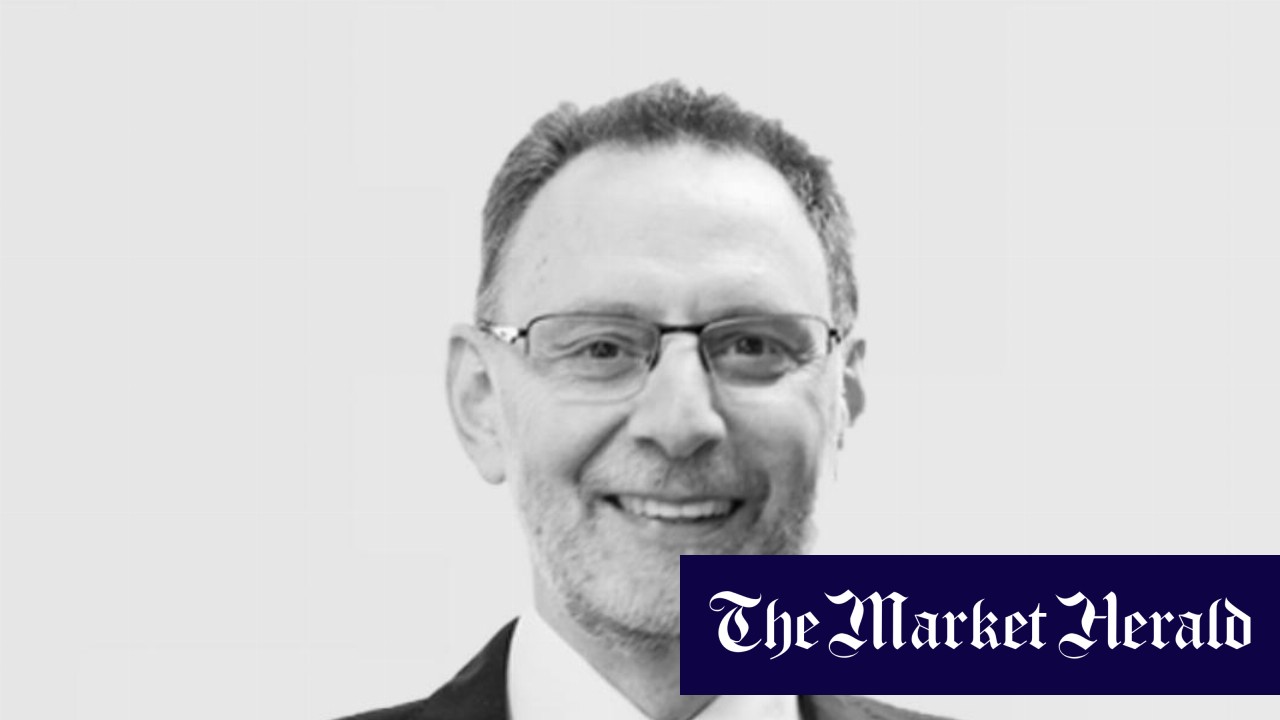 European and American diplomats have pushed back against Israeli officials’ claim that the targeted groups are linked to terrorism.

Last year, Israel banned all six rights groups, including Al-Haq, the group led by Jabarin, saying they had ties to the Popular Front for the Liberation of Palestine. The PFLP is a left-wing secular movement with a political party, as well as an armed wing that has carried out deadly attacks against Israelis. Israel and the United States have labeled the PFLP a terrorist organization.

On Thursday, Israeli soldiers entered the West Bank city of Ramallah in an armored convoy and blew up the entrance gates to the offices of Palestinian groups. Soldiers seized documents, computers and smashed furniture and appliances before sealing off entrances.

Jabarin said on Sunday he received a five-minute “threatening call” from Israel’s Shin Bet security service ordering him to come to Ofer military prison in the West Bank. He said an officer threatened arrest, questioning and “other things” if he didn’t comply.

“I won’t change my mind, but if he wants to arrest me, he can certainly do it as the occupying power,” Jabarin said. He said he invited the officer to Al-Haq’s office and demanded that the summons be sent officially through lawyers, not by telephone.

Jabarin called the claims of links to the PFLP “total nonsense and complete lies.” 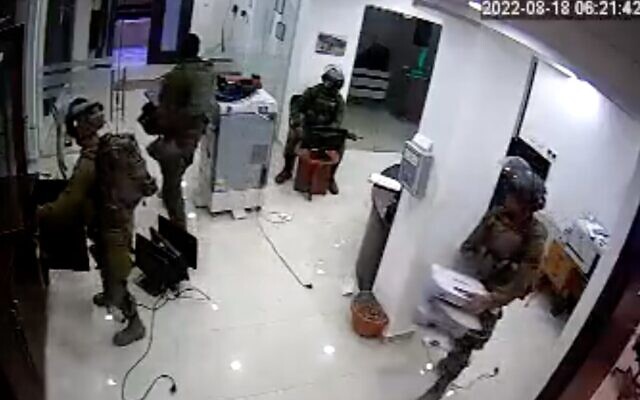 Security camera footage of Israeli troops raiding the offices of the Union of Agricultural Work Committees in Ramallah on August 16, 2022. (Screenshot/Twitter)

“These actions are not acceptable,” they said in a joint statement, adding that they had seen no evidence of extremist links.

US State Department spokesman Ned Price said last week that Washington was “concerned” about the raids and closures, but Israel had pledged to provide additional information. Western diplomats visited one of the offices hours later to show support for the banned groups.

On Sunday, some 45 Israeli and Jewish advocacy groups issued a statement of solidarity with the targeted Palestinian groups.

“Defending human rights is not terrorism,” the statement said. “We refute these baseless statements and call on the international community to put pressure on Israel to reverse its decision.”

Israeli human rights groups including B’Tselem and the Association for Civil Rights in Israel, as well as the liberal pro-Israel group J Street, were among the signatories.

Rights advocates have described the raid as part of a decades-long crackdown on political activism in the West Bank.

“We know there is a price to pay for defending rights and citizens, and we are moving forward,” Jabarin said.

The NGO Monitor, which tracks anti-Israel nonprofits, backed the Israeli government’s 2021 decision to ban the six groups, saying the move was a natural response to Europe’s reluctance to acknowledge what she calls evidence linking the groups to terrorist activity.

“Even without any classified intelligence, the open source information published by NGO Monitor clearly shows the links between the PFLP and European-funded NGOs,” said founder Gerald Steinberg.

Times of Israel staff contributed to this report.

Supporting The Times of Israel is not a transaction for an online service, like subscribing to Netflix. The ToI Community is for people like you who care about a common good: to ensure that balanced and responsible coverage of Israel continues to be freely available to millions of people around the world.

Of course, we’ll remove all ads from your page and you’ll unlock access to great community-only content. But your support gives you something deeper than that: the pride of joining something that really matters.

Join the Times of Israel community Join our community Already a member? Log in to stop seeing this

You are a dedicated reader

We’re really glad you read X Articles from The Times of Israel over the past month.

That’s why we started The Times of Israel ten years ago – to provide discerning readers like you with must-read coverage of Israel and the Jewish world.

So now we have a request. Unlike other media, we don’t have a paywall in place. But since the journalism we do is expensive, we invite readers to whom The Times of Israel has become important to help support our work by joining The Times of Israel community.

For just $6 a month, you can help support our quality journalism while benefiting from The Times of Israel WITHOUT ADVERTISINGas well as access Exclusive Content only available to members of the Times of Israel community.

Thanks,
David Horovitz, founding editor of The Times of Israel