How to find balance with black and white

What if the piano evolved independently in Japan? Yamaha Design Lab asked himself this question at the start of his latest project, a set of three furniture-style pianos developed in collaboration with the design department of Chiba University. “Sumida Toy Piano” prototypes celebrate Japan’s Edo era several hundred years ago, when the country was closed to the world, cultivating a unique lifestyle that gradually faded once the influence and Western modernization installed.

inspired by Japanese houses and furniture from the edo period

Specifically, Yamaha Design Laboratory (see more here) revisited the last century lifestyle of the inhabitants of the Edo-Sumida apartment buildings, located in what is now downtown Tokyo. Based on its studies and research, the company came up with three variants of the “Sumida Toy Piano” in collaboration with the Chiba University Design Department. Each prototype features a keyboard built around furniture or architectural elements from the Edo era.

The brand exhibited its creations in a space resembling a fictional Edo period piano store in Sumida for a limited time in late March 2022. The prototypes will be moved to the Yamaha Ginza Store in Tokyo in May 2022. 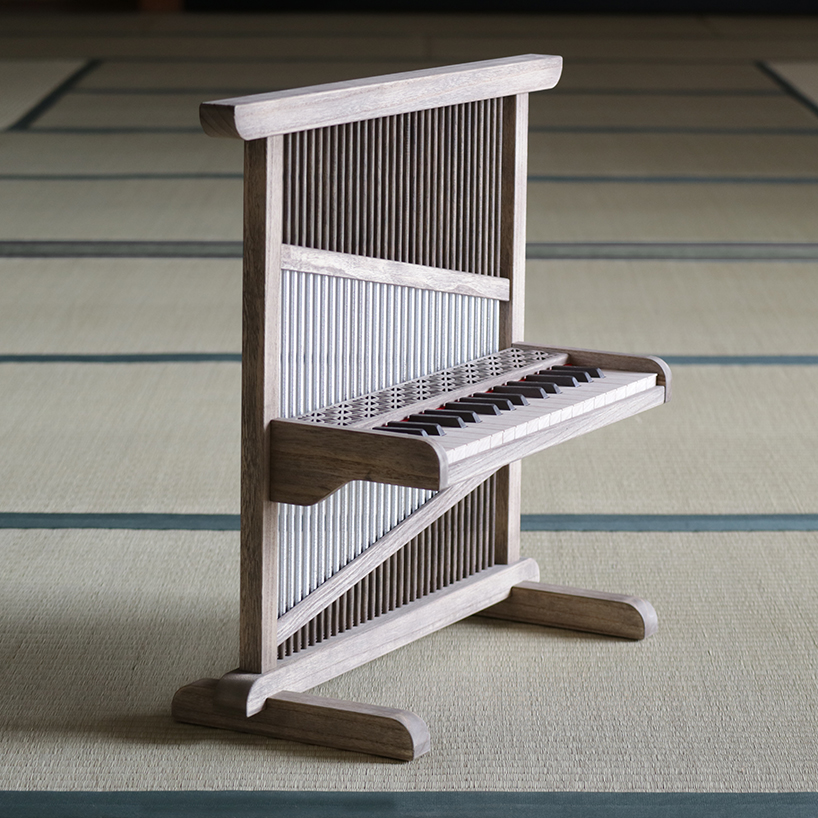 The first prototype, SUKIMA, is inspired by the transparent wooden partitions found in the narrow but open Nagaya houses of Edo-Sumida. Originally constructed as freestanding vertical screens that maximize the use of space, the partitions have been reimagined here as metal bars that act as sound units. Protruding from the bars is a small keyboard with ancient Japanese style patterns known as ‘asanoha’.

The OTO-TSUKUE piano reinvents the old Japanese desk, “Fudukue”, with a keyboard installed on one side. This minimal desk with distinctive legs was once used in “Terakoya”, an educational institution in the Edo period. ‘If pianos had ever existed at that time, music schools in Terakoya might have been built, with music stands resembling the OTO-TSUKUE,’ says Yamaha. 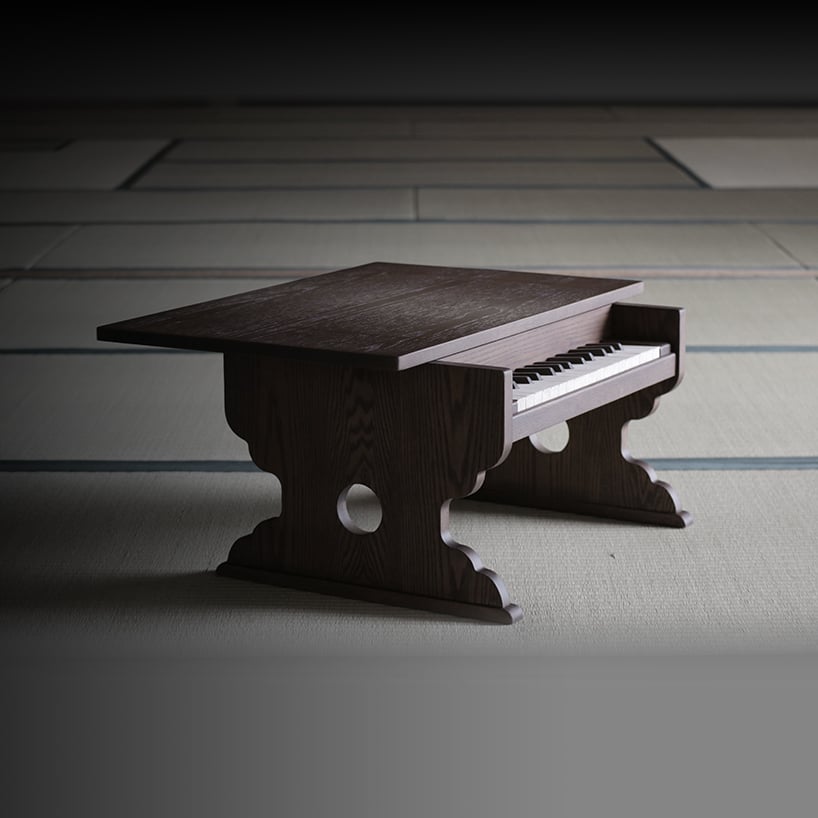 Finally, the HIKI-TANSU takes up the design of the Japanese chests of drawers traditionally sent as gifts for major celebrations such as weddings. Equipped with a keyboard as the center drawer, the Yamaha design serves as a baby shower gift to symbolize a new life filled with music. 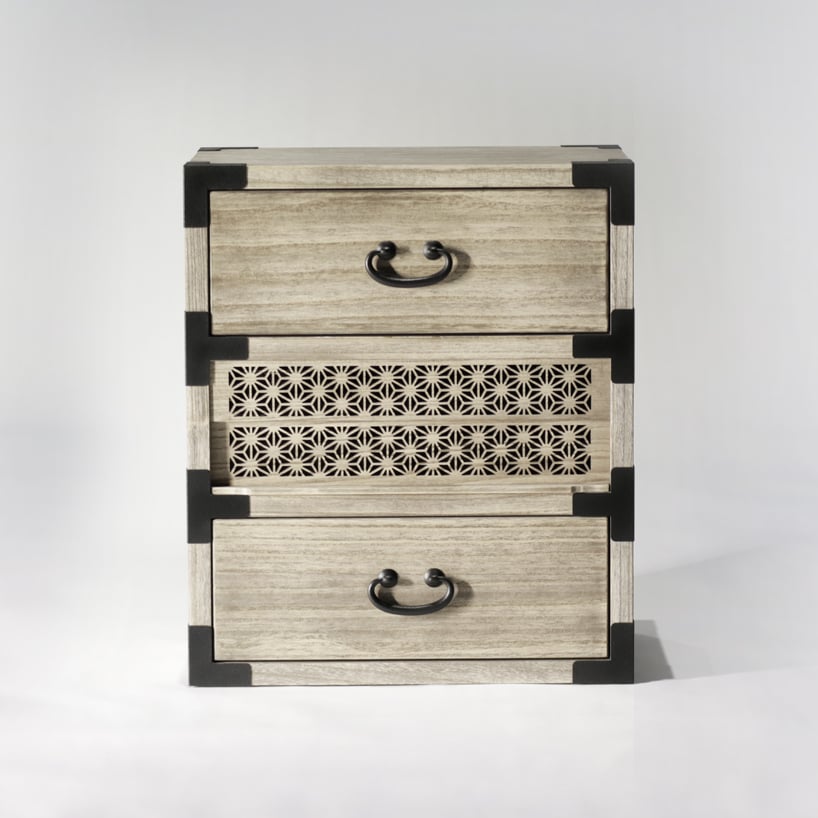